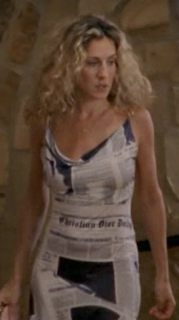 The whole 80s retro fashion revival thing that's been in for a while is cute. Leggings, ruffle skirts, skinny jeans, clinched in waists, big hair. All cute. Well, not all cute, take neon brights for example, but you get the idea. However, give it a couple more years and it will be yesterdays news, resigned to the back of our closets and charity shops around the nation. And as fashion comes in cycles, it's quite likely that by then the 90s might be a popular choice for fashion designers to look to for inspiration. At this point in time, I haven't yet decided whether this is a good thing or not. Do designers really need to drag the 90s back into our everyday lives like they have with the 80s? Can't they just make something else up, or look for inspiration from some classy, long ago decade?

I wasn't really old enough to fully register 90s fashions seeing as I was a kid and all, but with a little bit of research I've identified some 90s chicks who looked pretty cool.


She's mostly on the list here for her infamous 'Rachel' haircut which I hear was extensively copied by girls everywhere back in the mid 90s. She was also always effortlessly sleek and stylish sticking to neutral colours and classic styles.

Sabrina was always wearing the latest fashions and really knew how to accessorise. This really isn't as scary as bringing the 80s back.


Kelly Kapowski from Saved by the Bell 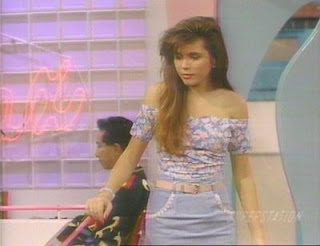 Way back in the early 90s Kelly was the coolest girl in school with the best wardrobe. 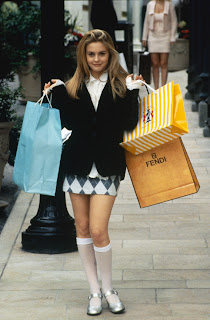 Cher seemed to own every piece of clothing under the sun and had a great knack of putting together an outfit.

Carrie from Sex and the City

Carrie Bradshaw! There was no way I was gonna leave her out. This girl lived and breathed fashion and wore many a memorable outfit, such as the Christian Dior newspaper dress pictured above that was so fabulous it got reused for Sex and the City 2.

OK, so these girls dressed well back in the day, but do we really want to go around looking like this (see below)? No.

Posted by Definitely Maybe at 13:59

Email ThisBlogThis!Share to TwitterShare to FacebookShare to Pinterest
Labels: carrie bradshaw, if you remember this you're probably quite old, nineties